From FOOD SWINGS: 125+ Recipes to Enjoy Your Life of Virtue and Vice

Set a large skillet on the stove and turn the heat on to medium-high. Add the oil and heat until it shimmers (about 1 minute). Place the chicken skin-side down. Cook until the skin is golden brown and crisp, 10 to 12 minutes. Flip and cook 2 minutes more (be careful of splattering!).

While the chicken cooks, chop the garlic. Then, slice the peppers in half and remove the stem, seeds, and white membranes. Slice into ½-inch thick strips.

When the chicken has finished it’s last 2 minutes of cooking, use tongs to transfer to a plate. Pour off all but 2 tablespoons of the fat from the skillet. Return the skillet to medium heat. Add the peppers and cook, stirring and scraping up the brown bits from the bottom of the skillet, until the peppers start to soften, about 4 minutes. Stir in the garlic and cook 1 minute more.

Add the vinegar then add the oregano, crushed red pepper, and the remaining ½ teaspoon salt and ¼ teaspoon pepper. Add the water and bring to a boil. Nestle the chicken into the peppers and let everything simmer together until the chicken is cooked all of the way through, 15 to 20 minutes (add an extra 1/4 cup of water if the liquid evaporates before it’s finished cooking). Serve.

This recipe was printed from:
https://jessicaseinfeld.com//recipes/tangy-spicy-chicken-peppers 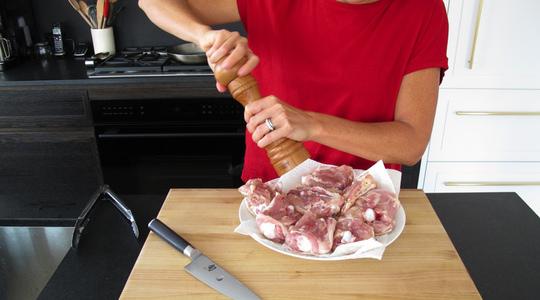 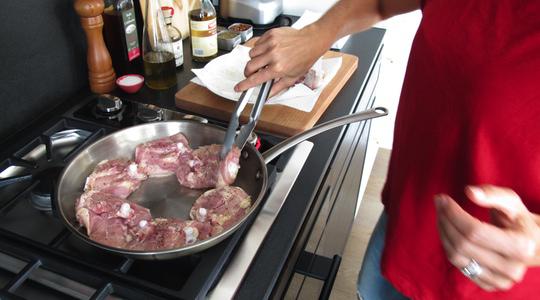 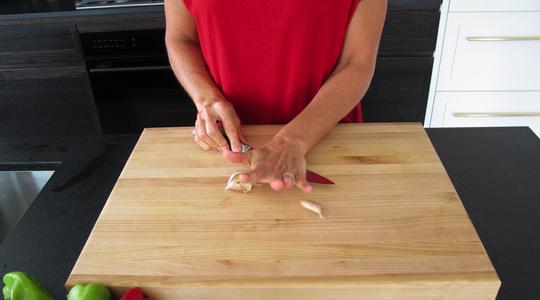 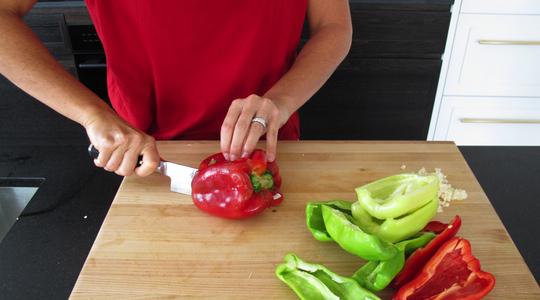 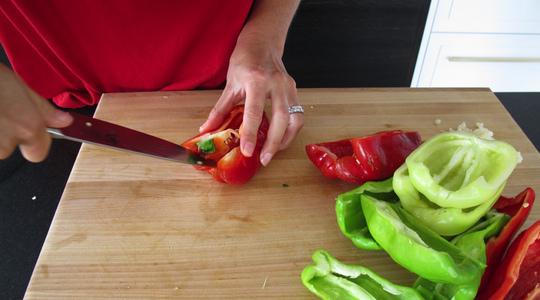 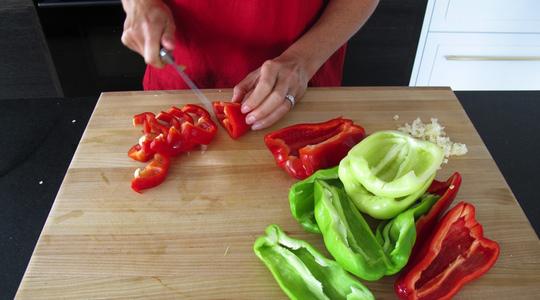 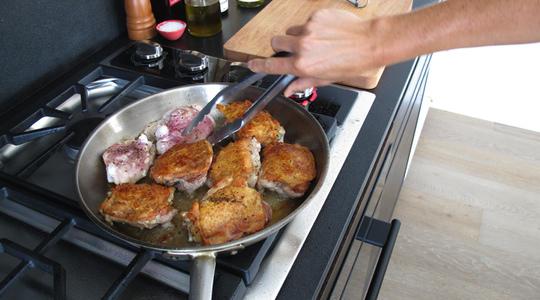 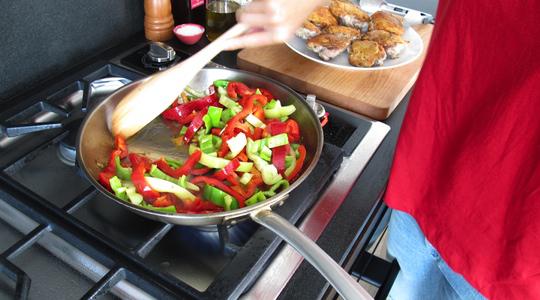 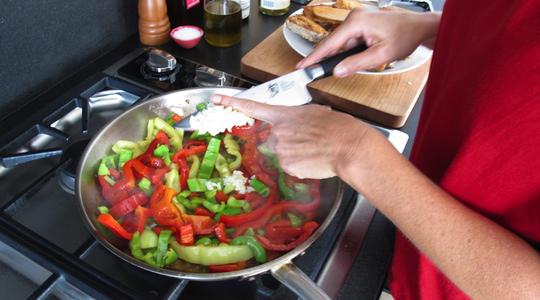 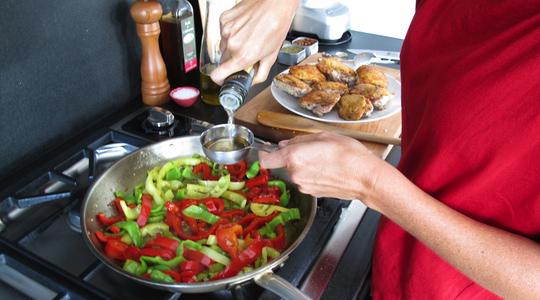 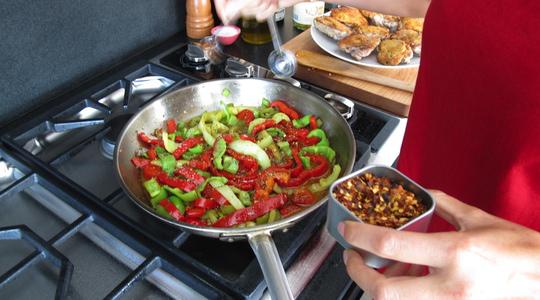 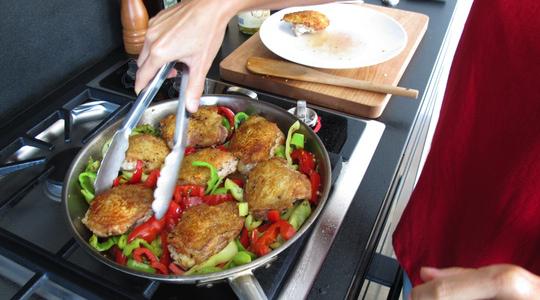 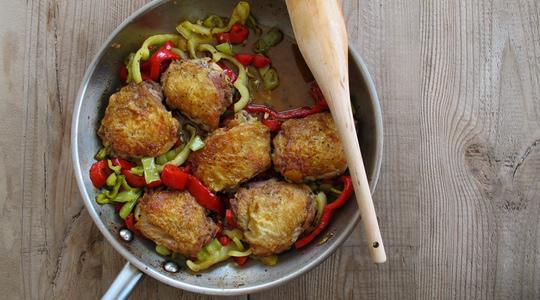