Place the squash on a rimmed sheet pan. Drizzle 1 tablespoon of the oil over both halves; rub to coat. Flip them over so they lay cut-side down Roast until they can be easily pierced with a paring knife, 40 to 45 minutes.

Meanwhile, chop the garlic. Place a small skillet on the stove and turn the heat on to medium. Add 1 tablespoon of the oil and heat until it shimmers (about 1 minute). Add the garlic and cook for 30 seconds until fragrant but not browned. Add the breadcrumbs and cook, stirring constantly, until golden brown and crisp, about 2 minutes. Transfer to a small bowl to cool.
Chop the parsley and add to the breadcrumbs. Grate the Parmesan.

Flip the roasted squash halves over and use two forks to shred the flesh into “spaghetti” strands. Scoop out the spaghetti and place on a platter or plate and drizzle with the remaining tablespoon of oil. Season with the salt and pepper (about 12 turns on pepper mill) and sprinkle with the breadcrumbs and Parmesan.

This recipe was printed from:
https://jessicaseinfeld.com//recipes/spaghetti-squash-with-parmesan-toasted-garlic-breadcrumbs 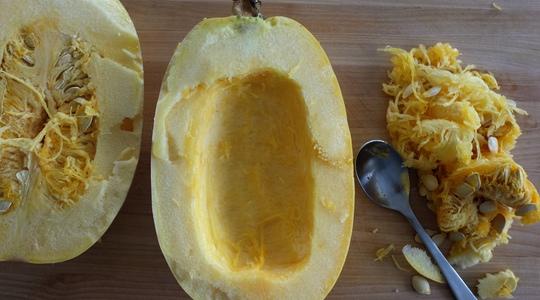 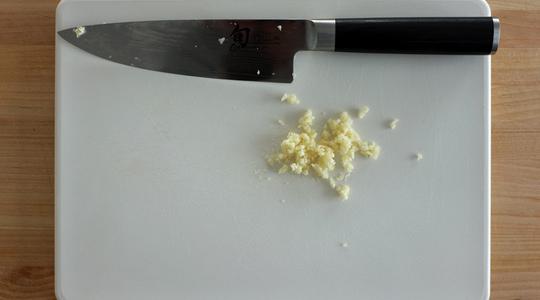 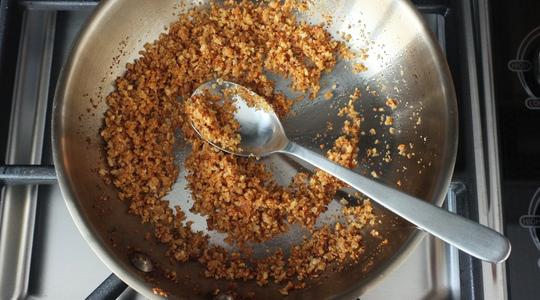 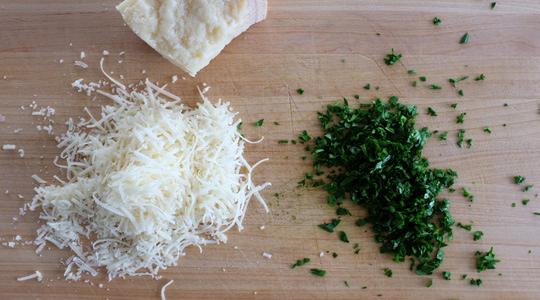 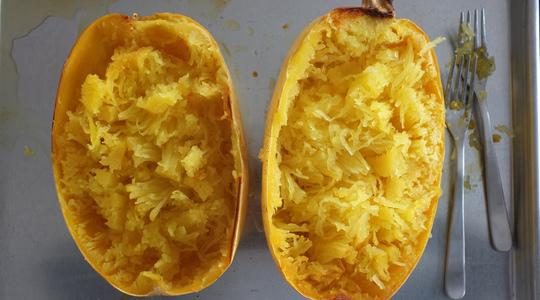 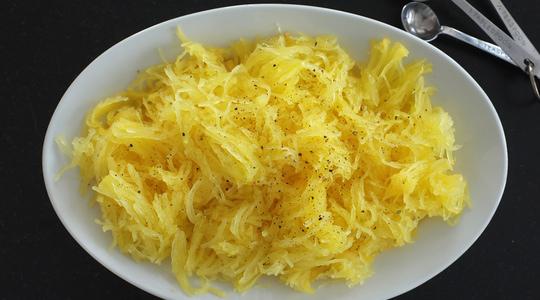 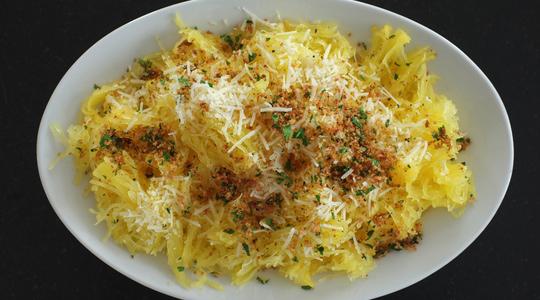