Jessica's new cookbook Vegan, At Times features 120+ easy and affordable recipes for every day or every so often.

To make the dough, in a food processor, pulse together the flour, sugar, and salt. Add the butter, cream cheese, and vanilla. Pulse several times until the mixture turns into large moist crumbs (stop before it turns into one big ball). Divide the mixture in half and shape into ½-inch thick disks. Wrap tightly with plastic wrap. Refrigerate for at least 1 hour.

Heat the oven (with the oven racks toward the middle) to 350°F. Spread the walnuts on a small sheet pan and bake until fragrant and crisp, about 10 minutes. Let cool, then finely chop. Line two rimmed sheet pans with parchment paper.

When you’re just about ready to roll out the dough, in a small skillet, melt the jam over medium heat so it can be easily spread over the dough. But then let it cool for 5 to 10 minutes so it doesn’t melt the dough. In small bowl, combine the sugar and cinnamon – take out 2 teaspoons and save it for sprinkling over the cookies at the end.

On a well floured surface, roll out 1 disk of the dough into about an 11-inch circle (about ⅛-inch thick), adding more flour as necessary to prevent sticking. Using a brush or the back of a spoon, spread on a thin layer of half of the jam, leaving a ½-inch border around the edges. Sprinkle with half of the walnuts and half of the cinnamon sugar mixture. Using a chef’s knife or a pizza cutter, cut the circle into 4 triangles. Then cut each triangle into 4 smaller triangles.

Starting from the outside edge, roll up each triangle into a crescent. Place on the prepared pan, with the little points facing down. Refrigerate while you prepare the other disk of dough.

In a small bowl, beat the egg. Brush the tops of the rugelach with the egg, then sprinkle with the remaining cinnamon-sugar mixture. Bake the rugelach, rotating the sheet pans from top to bottom half way through, until they are golden brown, 20 to 25 minutes. Let the pans cool on wire cooling racks for 5 minutes then transfer the rugelach to a rack to cool completely.

This recipe was printed from:
https://jessicaseinfeld.com//recipes/rugelach 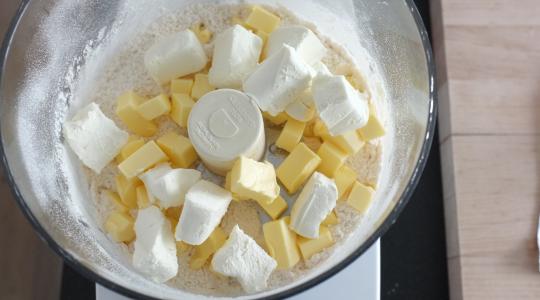 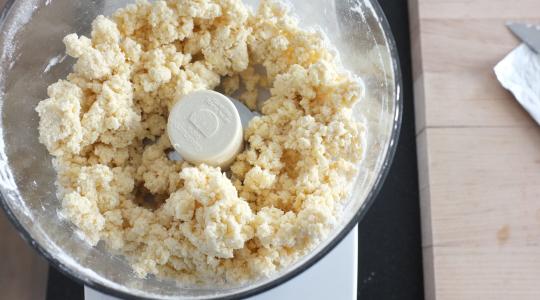 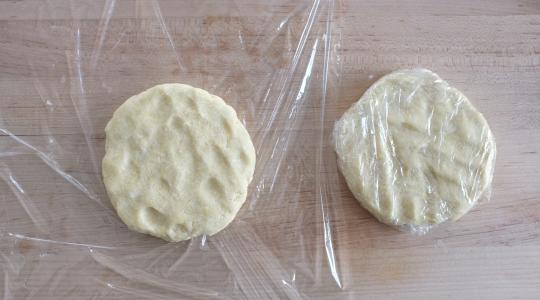 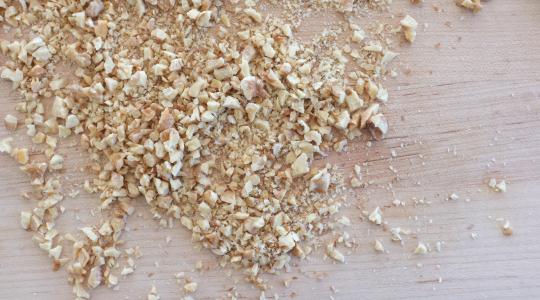 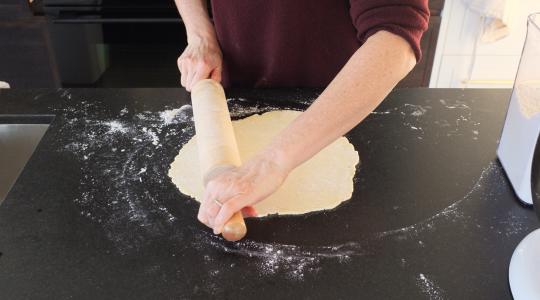 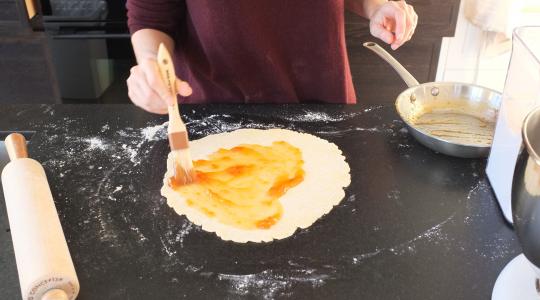 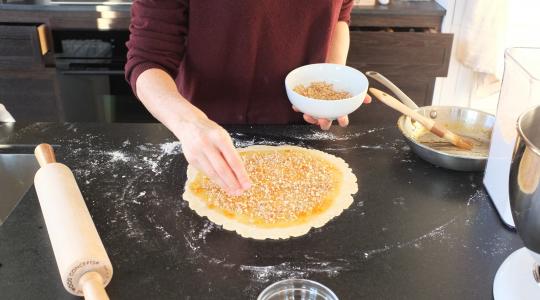 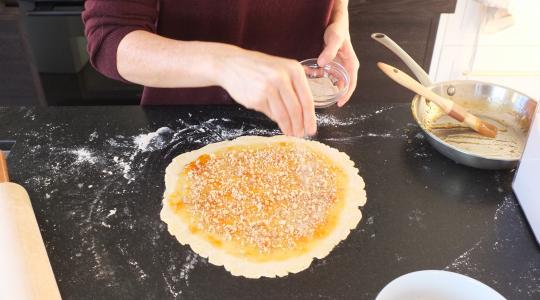 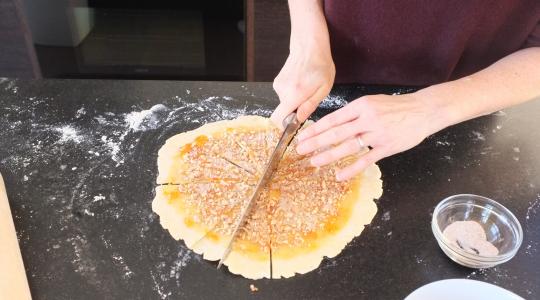 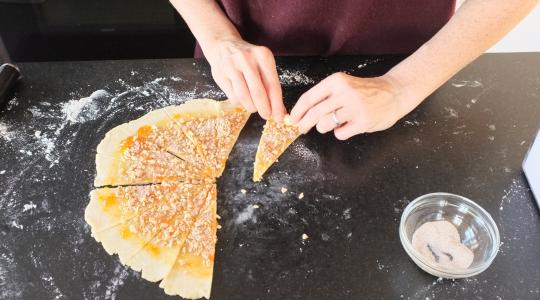 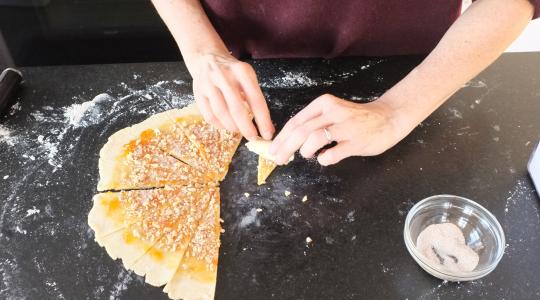 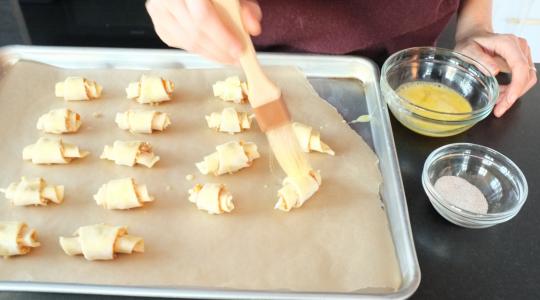 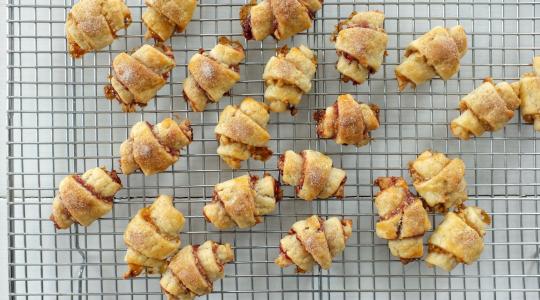