Jessica's new cookbook Vegan, At Times features 120+ easy and affordable recipes for every day or every so often.

Wipe the mushroom caps clean with a damp paper towel. Remove the stems and discard. Thinly slice the caps. Grate the ginger.

In a large skillet, heat the sesame oil over medium heat. Add the ginger and cook for 30 seconds, or until fragrant. Add the mushrooms and let cook, untouched, for 2 minutes. Stir and cook for 1 minute more, or until tender.

Lay some of the wonton wrappers out onto a clean work surface. Place a heaping teaspoon of the filling into the center of each wrapper. Moisten the edges with water, fold in half, and press the edges tightly together to seal. Repeat with the remaining filling and wrappers.

Cooking in batches, in a nonstick skillet, heat 1 tablespoon of the grapeseed or canola oil over medium heat. Add a single layer of potstickers (as many a you can fit; if they touch a little that’s okay, but don’t overcrowd). Cook until the undersides are golden brown, about 1 minute. Use tongs to flip them, add ¼ cup water, and cover with a tight fitting lid. Steam 3 to 5 minutes, until the potstickers are tender. Transfer to a plate. Repeat with the remaining potstickers, oil, and water.

Serve the potstickers with soy sauce.

This recipe was printed from:
https://jessicaseinfeld.com//recipes/spinach-mushroom-potstickers-with-ginger-chives 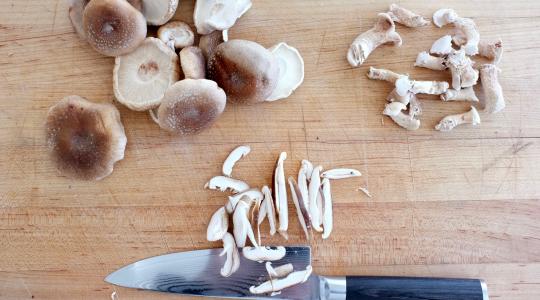 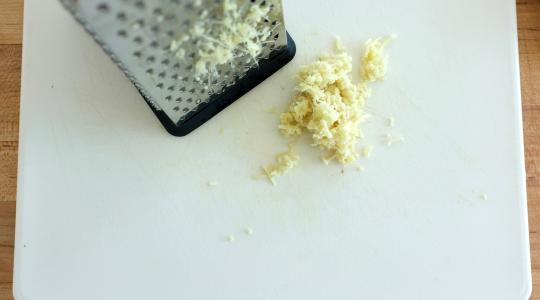 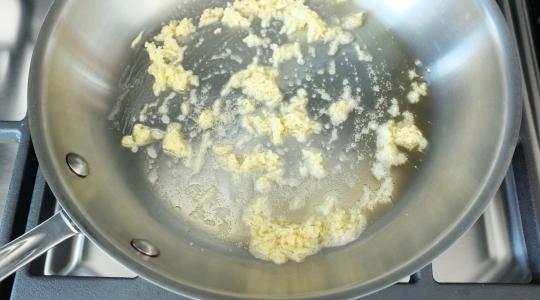 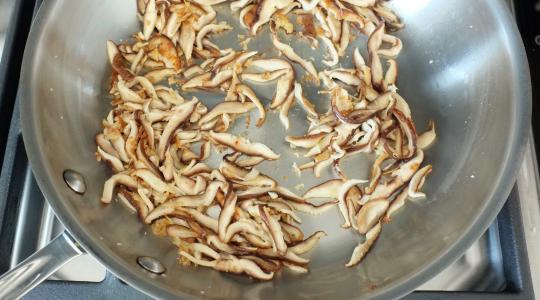 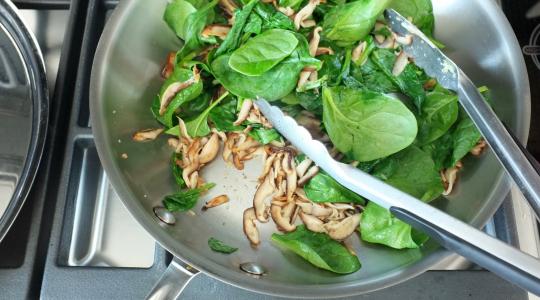 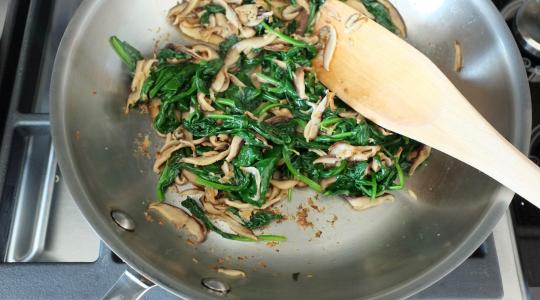 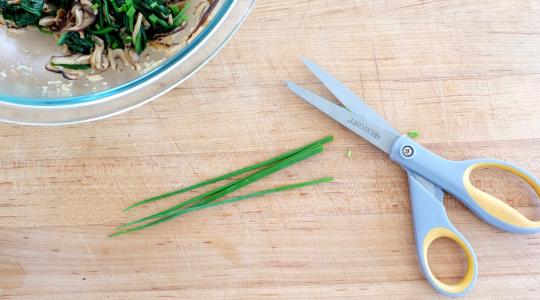 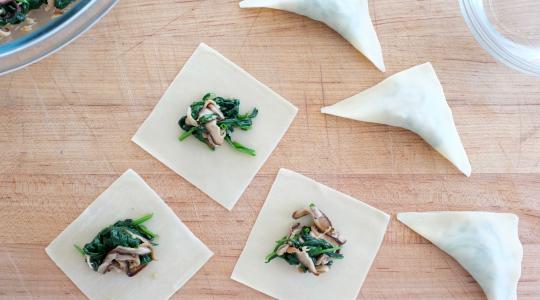 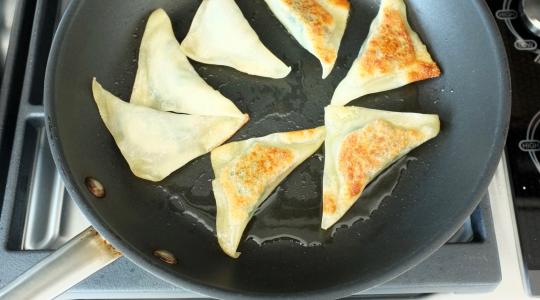 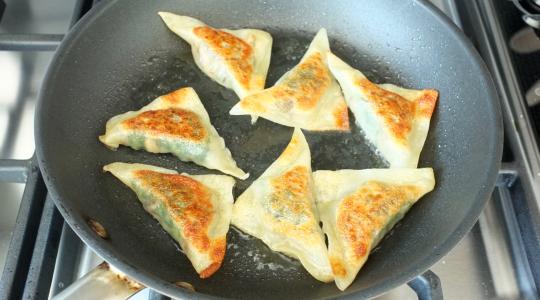 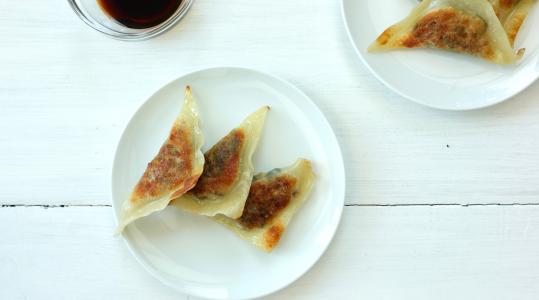