Peel then grate the ginger. Chop the garlic. Add both to a medium saucepan. Then add the marmalade, 1/2 cup of the water, the puree, soy sauce, vinegar, cinnamon, and red pepper or cayenne. Place on the stove over medium-high heat and bring to a boil. Lower the heat to medium-low and simmer until the sauce thickens, 5 to 10 minutes.

Meanwhile, season the pork loin with salt and pepper (about 12 turns on pepper mill). Place a large skillet on the stove and turn the heat on to medium-high. Add the oil and heat until it shimmers (1 to 2 minutes). Add the pork and cook until browned on all sides, about 10 minutes.

Remove the pork to a cutting board and stir the glaze until smooth. Slice the pork and serve with the glaze.

This recipe was printed from:
https://jessicaseinfeld.com//recipes/orange-glazed-pork-with-carrot-puree 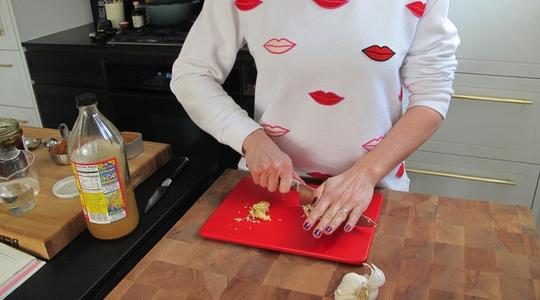 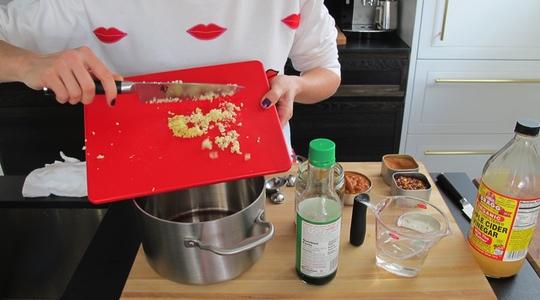 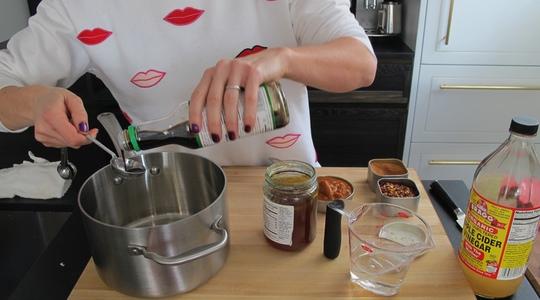 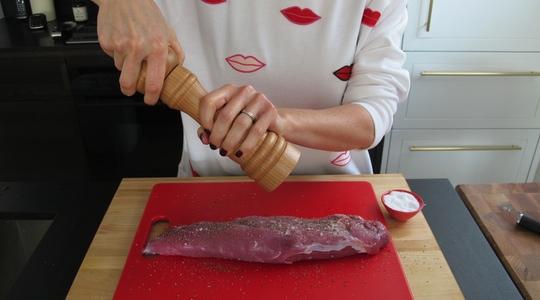 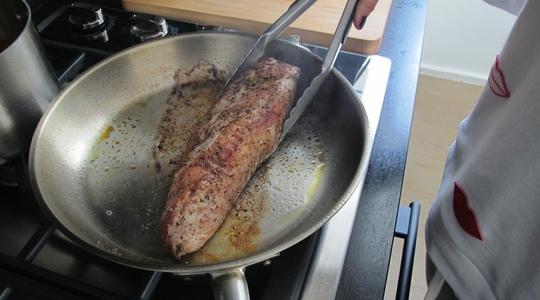 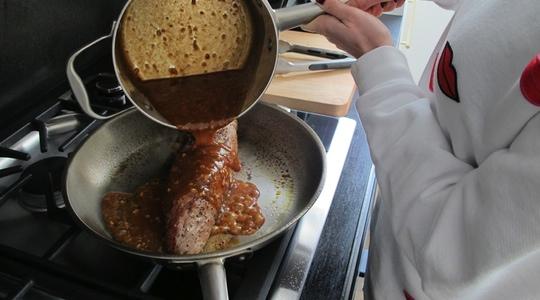 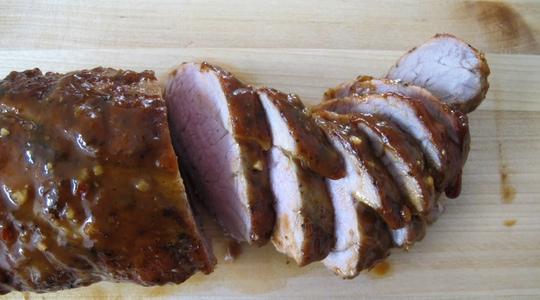