Tostadas with Avocado and Broiled Pineapple

Heat the broiler (with the oven rack 4 inches from the top) to high.

Cut the skin away from the pineapple. Cut the pineapple into 4 triangles, then cut out the core from each. Now cut into small, thin, bite-size pieces. Put the pieces on a rimmed sheet pan. Drizzle with 2 teaspoons of the oil and toss. Sprinkle with the chili powder and cinnamon. Toss and spread into a single layer. Broil 5 to 8 minutes, until the tops start to char.

In a small skillet, heat ¼ inch of oil over medium heat. One at a time, cook the tortillas until crisp, turning half way through, 2 to 3 minutes. Transfer to a paper towel-lined plate.

Cut the avocados in half and remove the pits. In their skin but without cutting through it, slice the avocado. Scoop out each half and place on each tortilla. Use a fork to gently spread the avocado. Squeeze a little lime and sprinkle a little salt.

Thinly slice the onion and jalapeño.

Top each tostada with pineapple, onion, jalapeño, and cilantro. Squeeze a little more lime over the tops and sprinkle with salt.

This recipe was printed from:
https://jessicaseinfeld.com//recipes/tostadas-with-avocado-and-broiled-pineapple 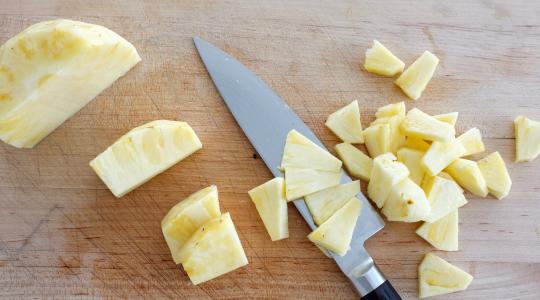 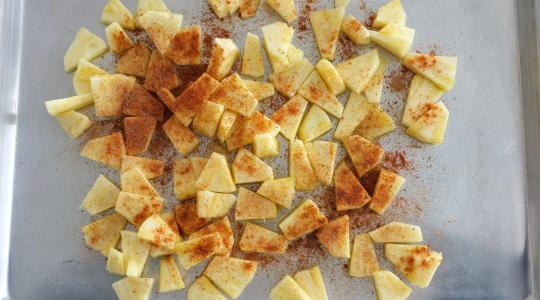 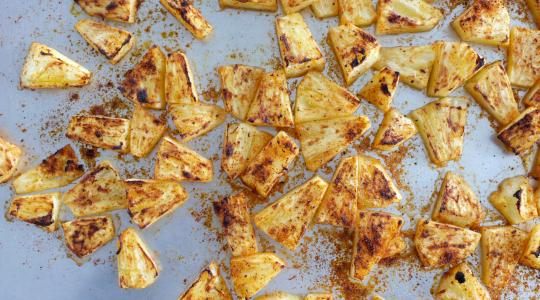 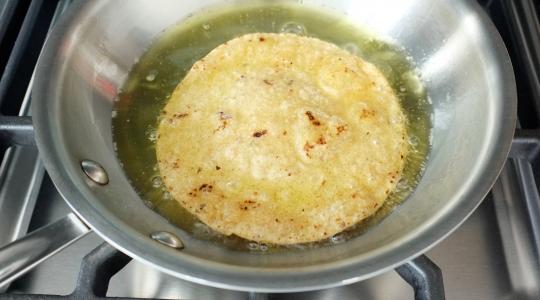 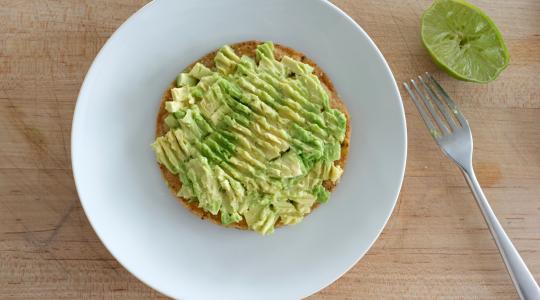 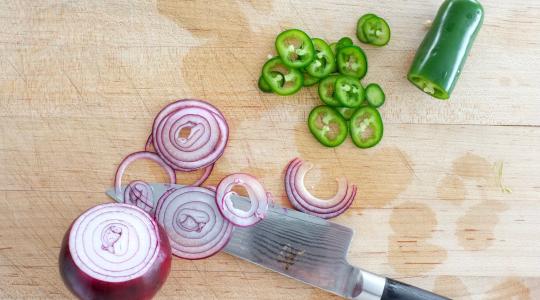 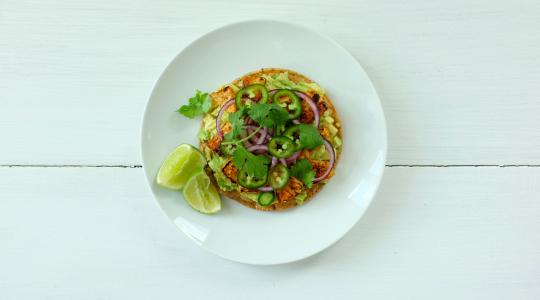