Slice the rhubarb into ¼-inch thick pieces (you should get about 2 cups). Thinly slice the strawberries.

In a medium saucepan, combine the rhubarb and granulated sugar over medium heat. Cover tightly and cook for about 5 minutes, or until the sugar dissolves and the rhubarb is tender. Remove the lid and simmer for 2 minutes more. Remove from the heat and stir in the strawberries. Transfer to a bowl to cool then refrigerate until completely cold, about 1 hour.

In a large bowl, combine the cream, mascarpone, and confectioners’ sugar. Using an electric mixer on medium speed, beat the mixture until it holds stiff peaks.

Spread a layer (1 cup) of the rhubarb compote over the bottom of an 8 x 8-inch baking dish. Add a single layer of (12) ladyfingers, breaking them to fit as necessary. Add another layer (1 cup) of the rhubarb compote making sure to cover the ladyfingers. Spread half of the mascarpone mixture (about 1½ cups) over the compote. Add another layer of the ladyfingers. Spread on the remaining compote and top with the remaining mascarpone mixture.

Refrigerate for at least 2 hours before serving.

This recipe was printed from:
https://jessicaseinfeld.com//recipes/strawberry-rhubarb-tiramisu 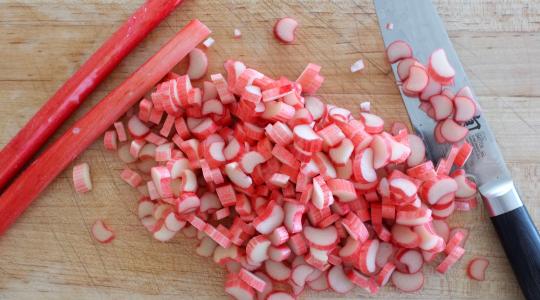 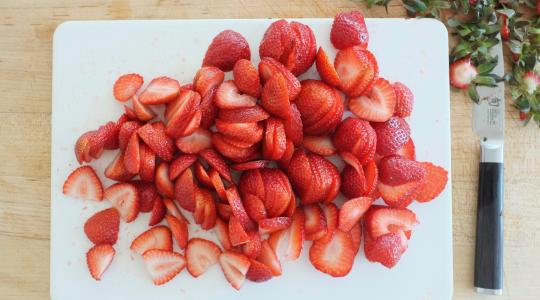 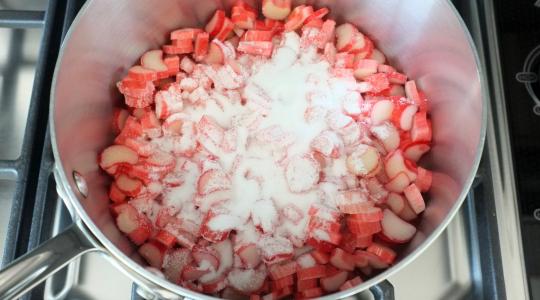 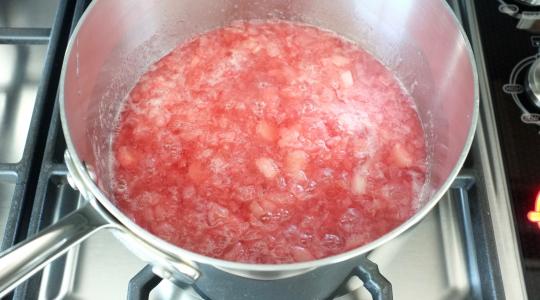 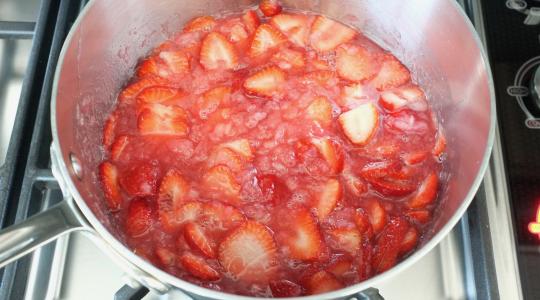 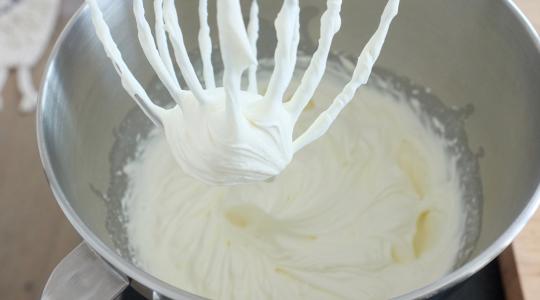 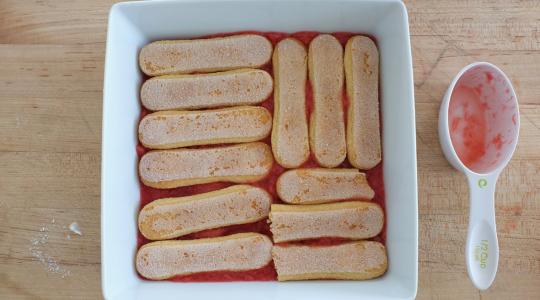 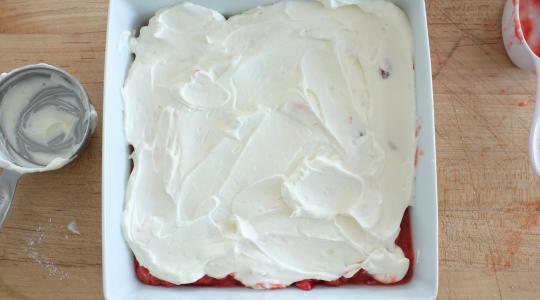 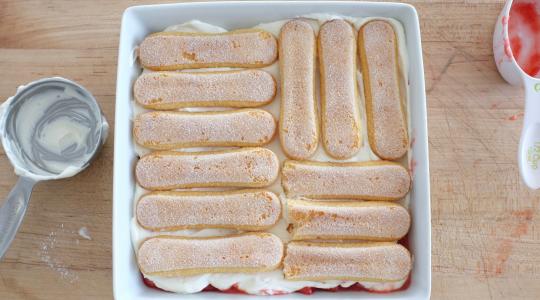 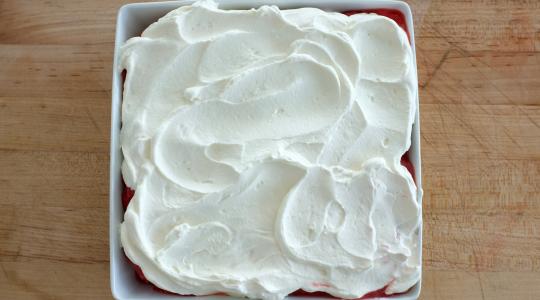 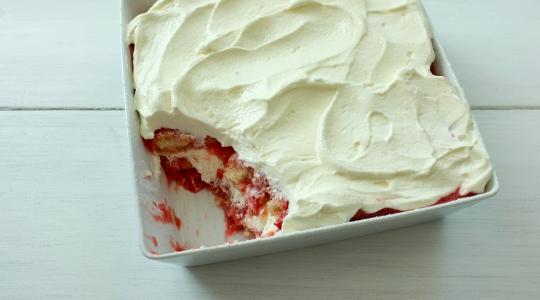