From FOOD SWINGS: 125+ Recipes to Enjoy Your Life of Virtue and Vice

Place the squash on a rimmed sheet pan. Drizzle the oil over both halves; rub to coat. Flip them over so they lay cut-side down. Roast until they can be easily pierced with a paring knife, 40 to 45 minutes.

Once the squash is done, remove it from the oven and let rest, cut-side down, while you prepare the almond butter.

Put a medium skillet on the stove and place your butter, almonds, sage, raisins, and cinnamon nearby. Turn the heat on to medium. Add the butter and let it melt. Once melted, add the sage and cook, stirring, for 30 seconds. Now add the almonds and cook, stirring, until the almonds and butter start to brown, about 2 minutes (be careful the butter does not burn). Remove from the heat and stir in the raisins and cinnamon.

Flip the roasted squash halves over and scoop out the seeds. Use one or two forks to shred the flesh into “spaghetti” strands. Scoop out the spaghetti and place on a platter or plate. Sprinkle with salt and pepper (about 6 turns on pepper mill). Now pour the almond butter over the squash.

This recipe was printed from:
https://jessicaseinfeld.com//recipes/roasted-spaghetti-squash-with-almonds-cinnamon-sage 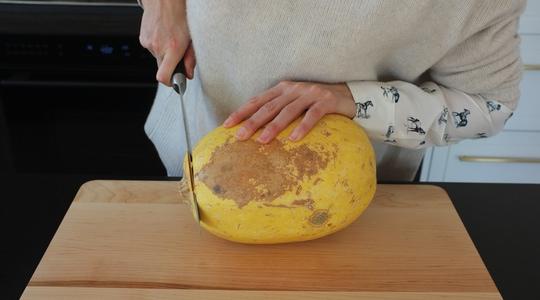 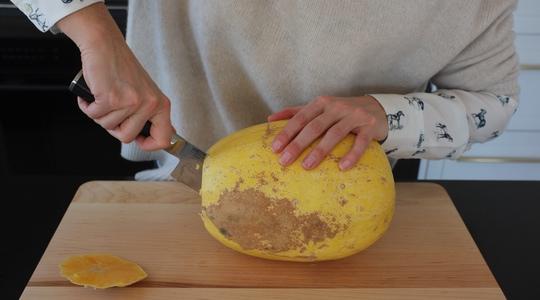 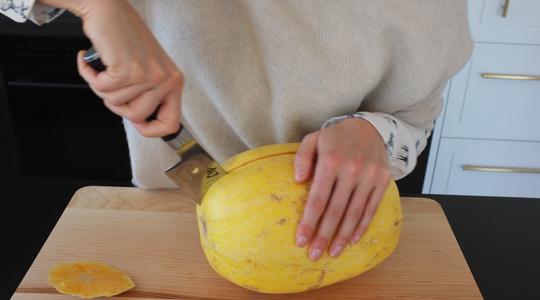 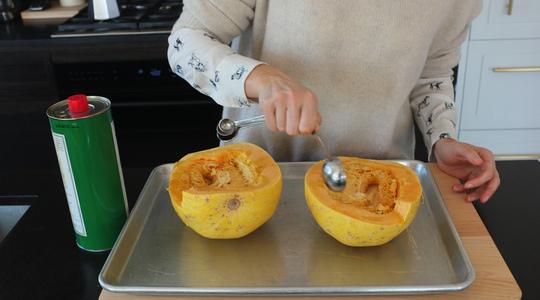 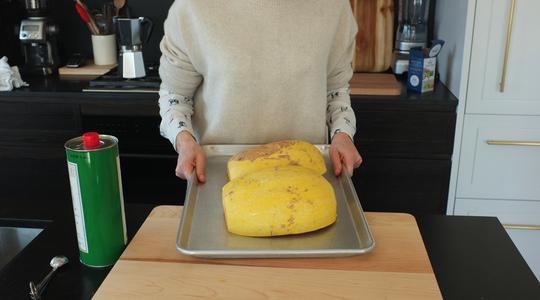 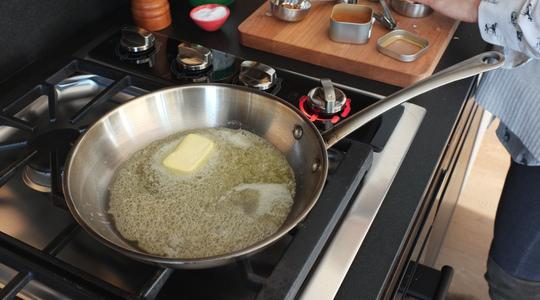 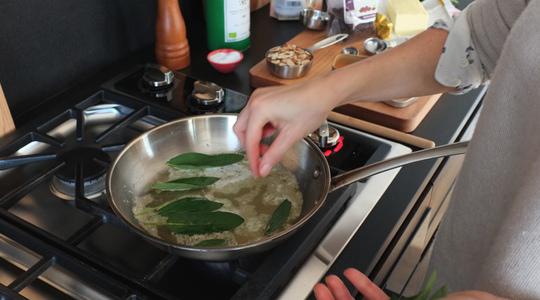 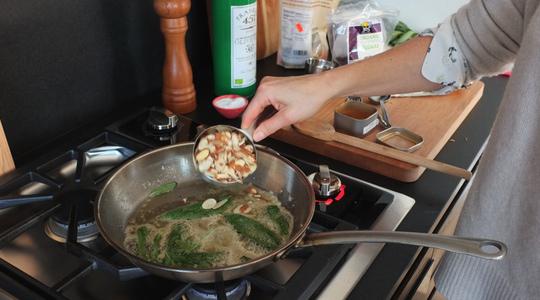 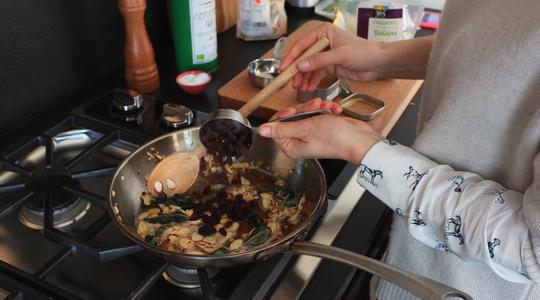 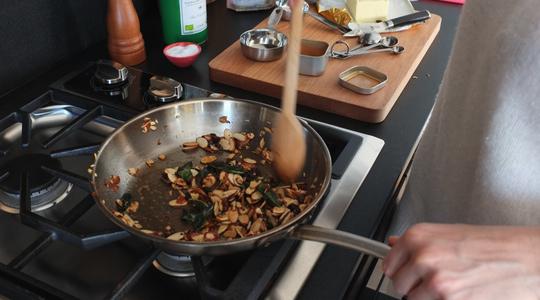 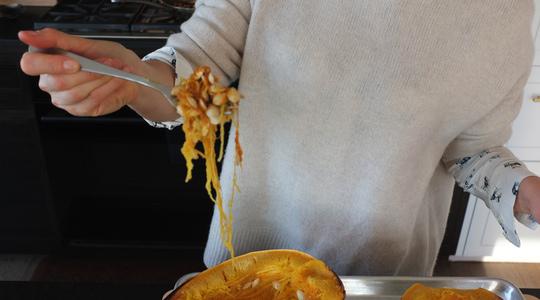 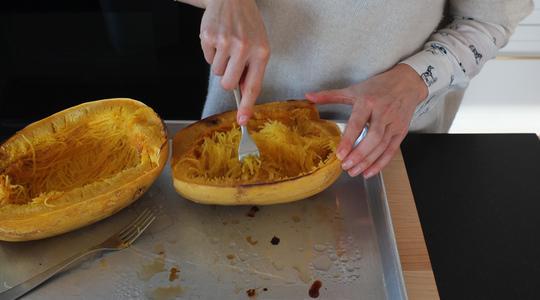 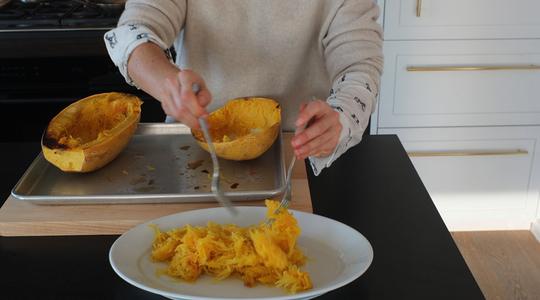 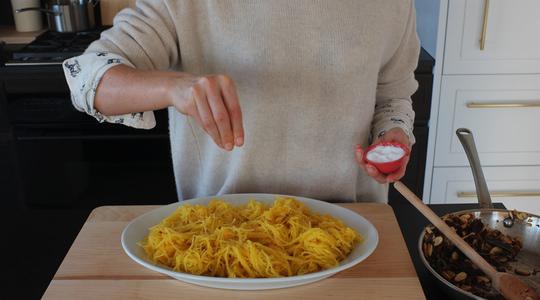 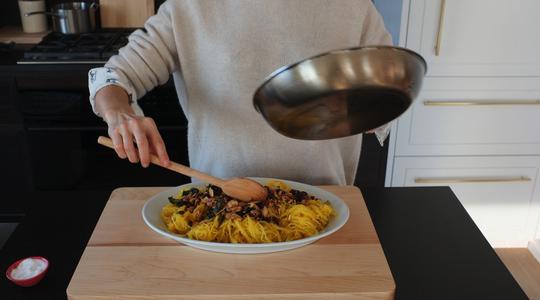 Quinoa with Collards and Corn