Meanwhile, slice the onion into half moons. Put a large pot on the stove and turn the heat on to medium. Add the remaining 2 tablespoons oil and heat until it shimmers (about 1 minute). Stir in the onion and 1/2 teaspoon of the salt, then cover with a lid. Cook, stirring occasionally, for 5 minutes. Remove the lid and cook, stirring often, until tender and light golden brown, about 5 minutes more.


Once the squash is tender, scoop out and discard the seeds. Scoop the flesh into the pot with the onion; discard the skins. Return the pot to medium-high heat and add 5 cups of the water. Bring to a boil.

Remove the pot from the heat and puree the soup. You can use a handheld blender (shown) or a regular blender (you’ll have to do it in batches). If the soup is too thick, add up to 1 cup of water. Taste for seasoning- you’ll most likely want to add more salt and pepper.

If you’re feeling adventurous, fry some rosemary leaves to top off the soup: Place a small skillet on the stove and turn the heat on to medium. Add the oil and heat until it shimmers (about 1 minute). Add the rosemary and cook until crisp (it stops sizzling at this point), about 30 seconds. Lift the leaves out with tongs onto a paper towel-lined plate. Sprinkle over each bowl of soup.

This recipe was printed from:
https://jessicaseinfeld.com//recipes/roasted-butternut-squash-soup-with-fried-rosemary 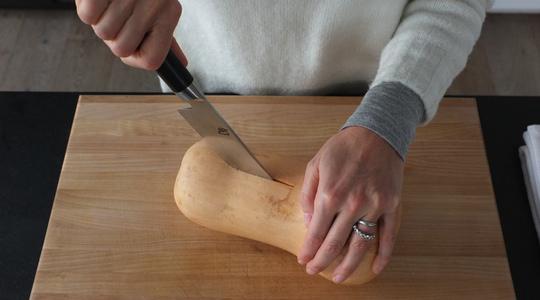 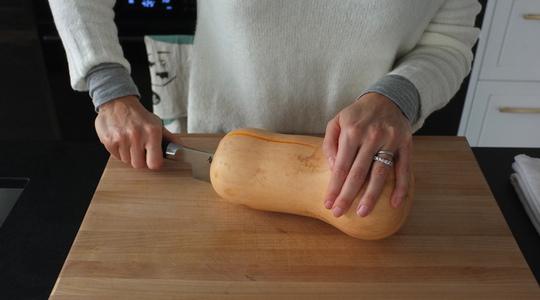 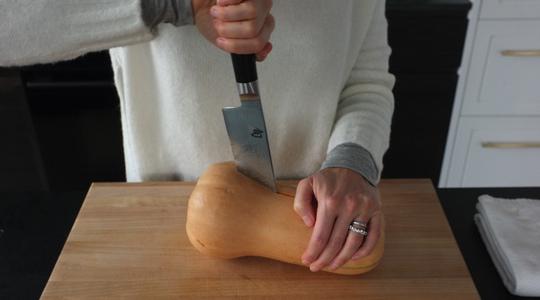 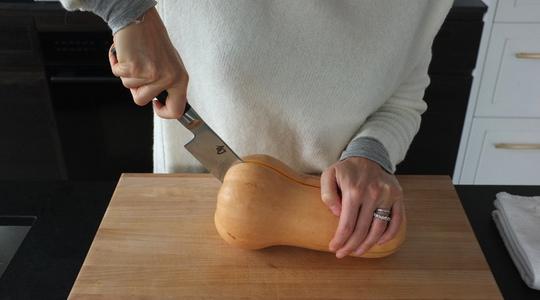 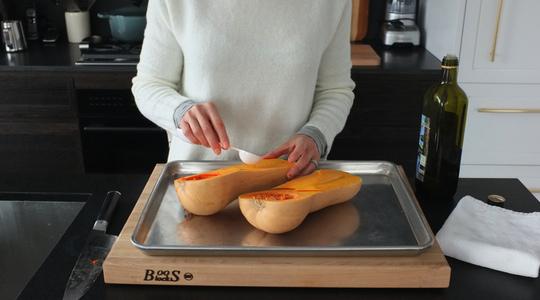 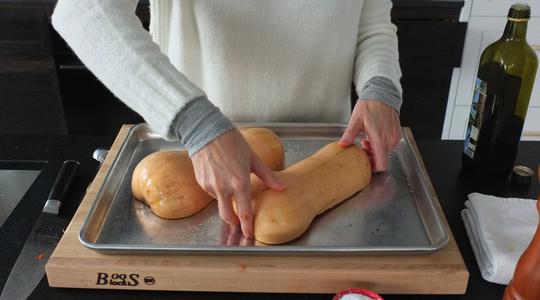 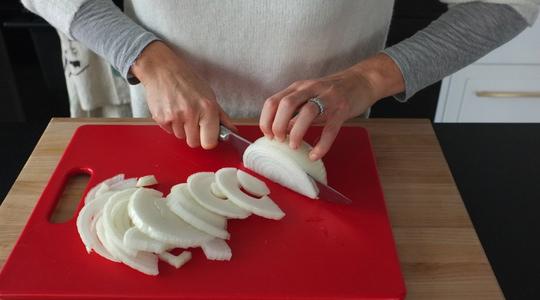 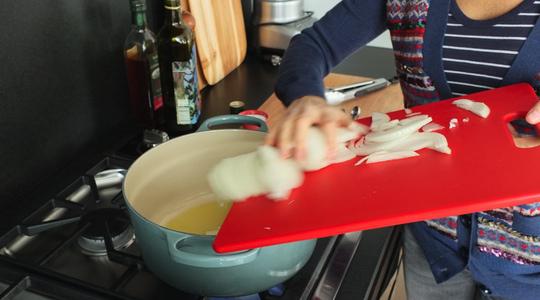 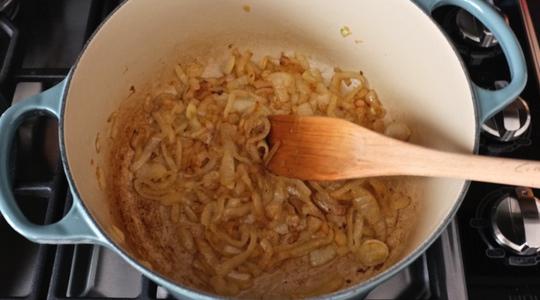 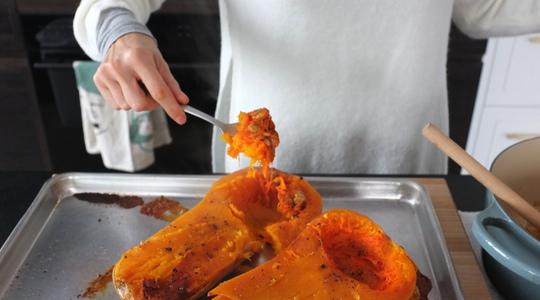 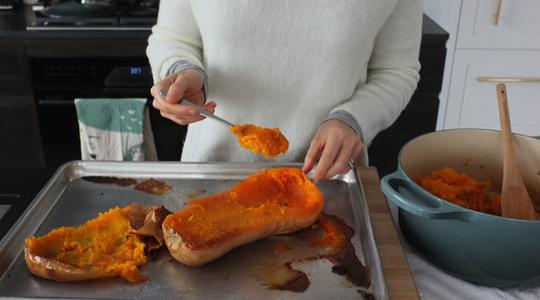 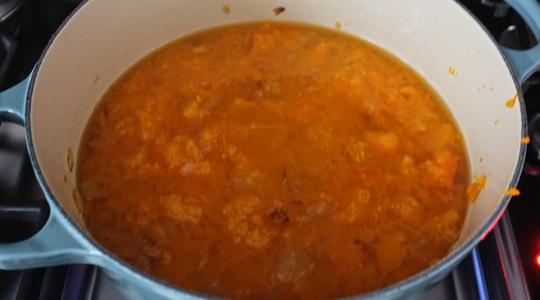 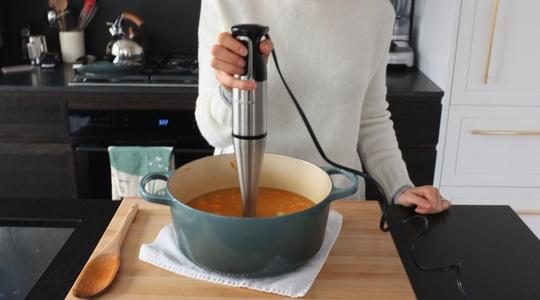 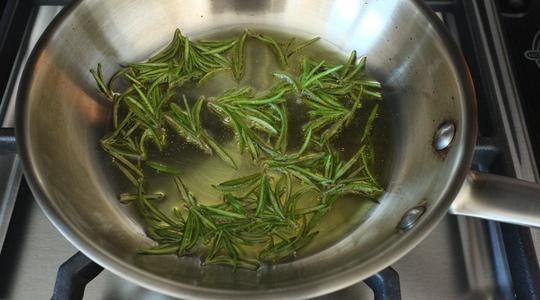 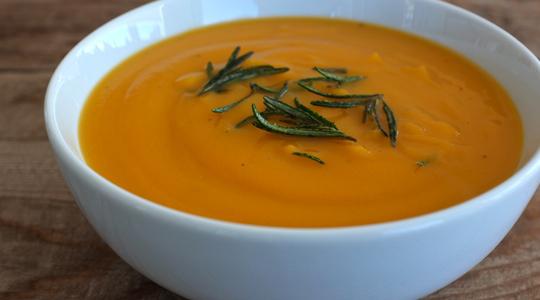